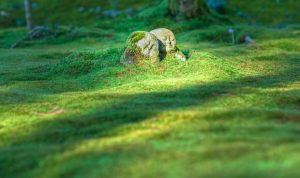 Shakuju Therapy – what is that? People ask me this all the time. It sounds exotic – it grabs your attention, right? What does the term Shakuju mean?

Shakuju Therapy gets its name from the Nan Jing. This book, composed about 2000 years ago, is a foundational text of Chinese medicine. The title means “Classic of Difficulties”, and it was composed to clarify obscure passages in earlier writings that practitioners found challenging to understand. Shaku means accumulations and Ju means gatherings.

Differences Between Shaku and Ju

So, “gatherings” and “accumulations”… This language intimates that ju are less dense and reflect a more shallow level of imbalance. They clear easily in the early steps of a treatment. Shaku are more dense, reflecting a deeper imbalance that has been present longer and will require more significant treatment to resolve.

One of the beautiful aspects of Shakuju Therapy is its ability to identify and address both superficial and deep imbalances. By monitoring changes in the shaku, the practitioner can track the progress in treating deep pathologies.

Shaku and ju appear on the hara. “Hara” means abdomen in Japanese. It is not just an anatomical location. It has tremendous diagnostic significance. Because the hara reflects the condition of the whole body, any abnormalities found here (the shaku and ju) will indicate the presence of disease anywhere in the body.

Shakju and ju manifest as findings of pulsation, hardness, or painful areas on the hara. When your body’s vitality decreases, that compromises its ability to warm and move itself. Circulation slows down and becomes uneven, and then these findings appear in various areas of your hara.

Shaku and ju show the location of the body’s imbalance. For example, if a patient has knee pain, one can find a shaku connection on the hara relating to that knee pain. When treatment releases the shaku, the knee pain is relieved.

An Alternate Meaning of Shaku

An old meaning of Shaku is “deep thoughts”.

Being stuck in poor health is disease. In a sense, it is being stuck in life. In terms of this alternate meaning of shaku, it is holding on to old thoughts, feelings, and views that no longer serve you. They are actually harming you. These patterns lead to physical, mental, and emotional imbalances. They prevent you from experiencing the full vividness of life and hold you back from fulfilling your true potential as a human being.

Viewed in this context, when a Shakuju Therapy treatment releases the shaku, it releases these old, deep, solidified thoughts.  Treatment is allowing you to let go of any unresolved issues you are holding on to. This is not just to relieve your symptoms and improve your physical vitality, but also to unburden your mind & spirit.

Releasing the shaku is releasing what was holding you back. Shakuju Therapy treatment frees you up to move forward in your life.

Are you ready to move forward?

Enter your name and email below to join our newsletter. You can unsubscribe at any time.